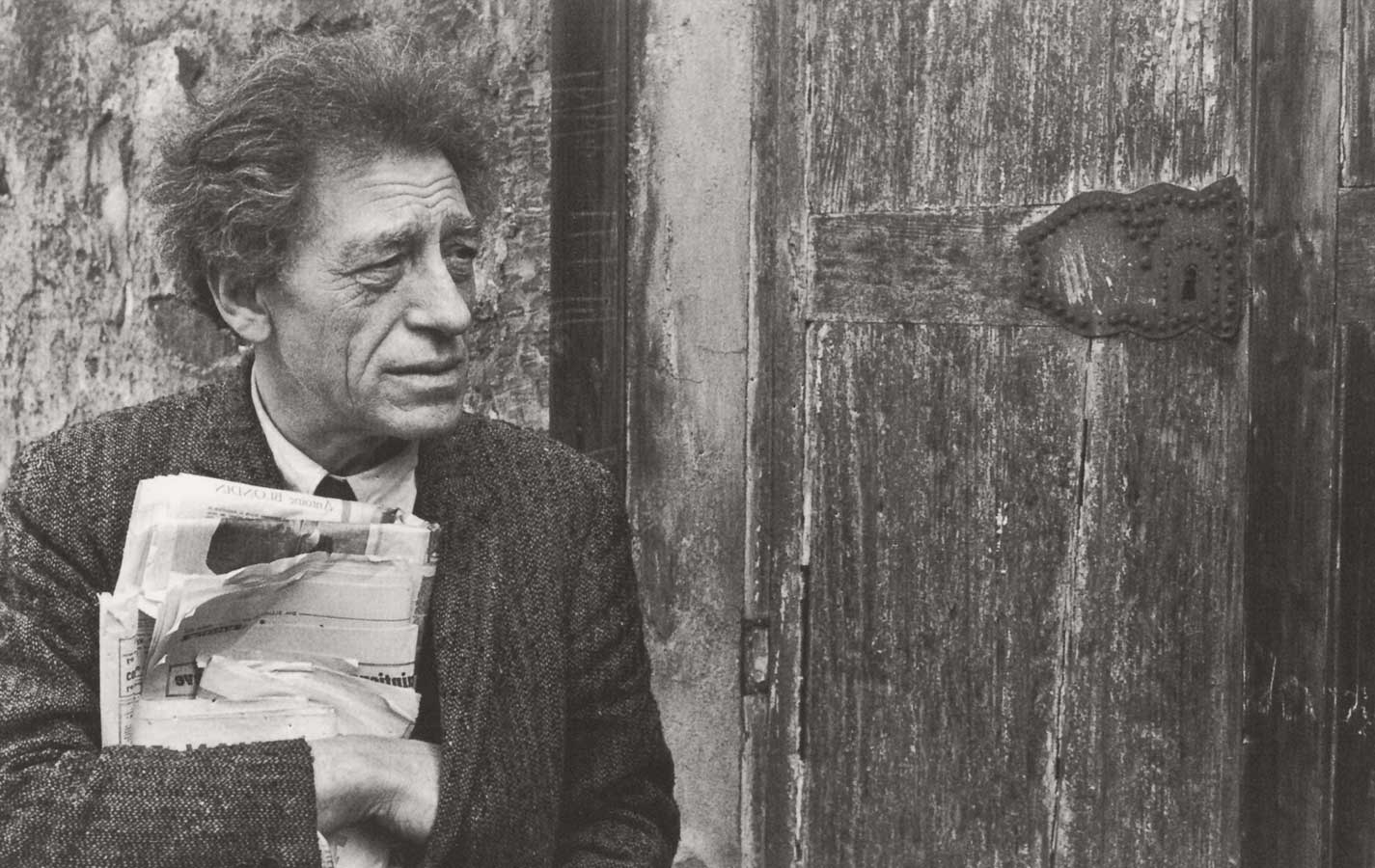 Alberto Giacometti among The Great Masters

In 2013, I got impressed by the exhibition on Alberto Giacometti that was held in Madrid at the Mapfre Foundation. He was already an artist that impressed me, seeing a great variety of his work live captivated me even more. Th expressive force of the space that is not surrounds his works, the drawing that his sculptures shape the environment with. The explanatory video of the exhibition makes us understand much better the world Giacometti and his obsession with the emptiness that surrounds his world. 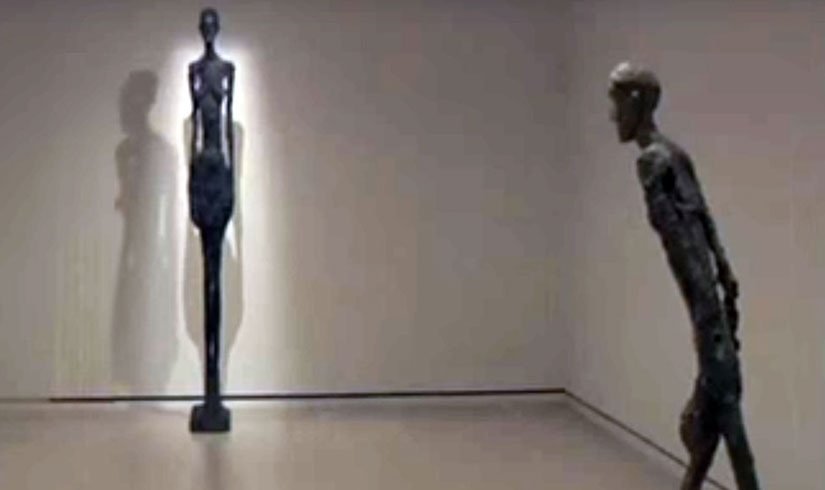 The way in which he imposes an incredible character to his human or animal figures, pieces of clay that transfer an expressiveness enveloping us and making us fall in love with them.
In this other video we are fortunate to see Giacometti directly modelling a work and at the same time understanding even more his way of confronting the space and matter. 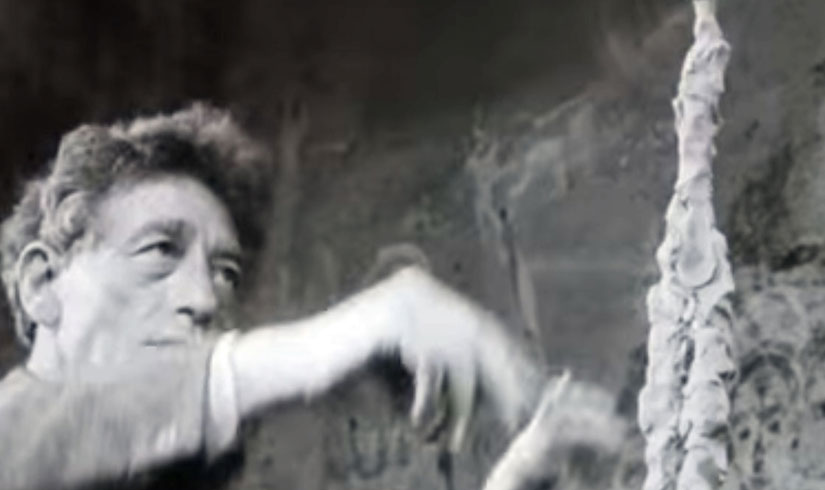 In this other video we can see Giacometti in his facet of  painter, also presented at the exhibition of Mapfre in Madrid, I was surprised by his paintings and drawings, it seemed to me a personal find, to see how the same force seen in his sculptures is transmitted with each stroke of pencil or charcoal, the same expressiveness endowed the clay in his works, is present in every stroke of drawing. 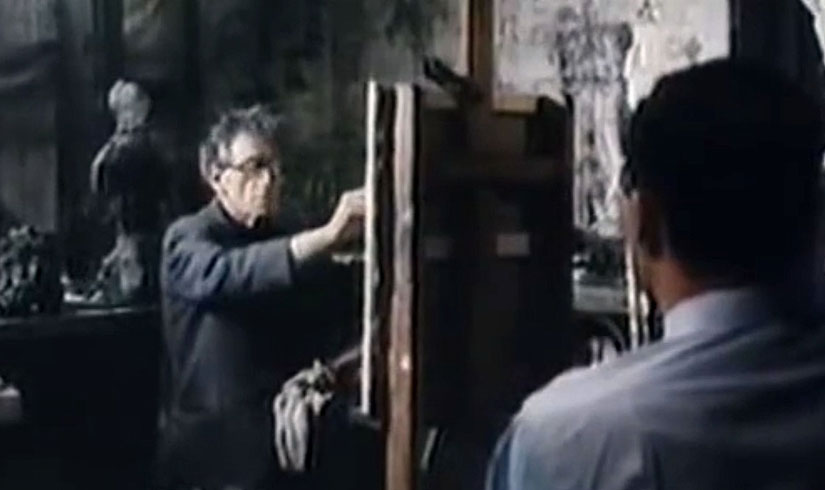 Visiting in Moma of New York in 2007 I was able to enjoy several of the works of Giacometti live, among them this dog. It will never leave you indifferent a work of Giacometti, it is a sad animal walking with its head lowered, the force transmitting both the matter and the emptiness surrounding it is simply genious. 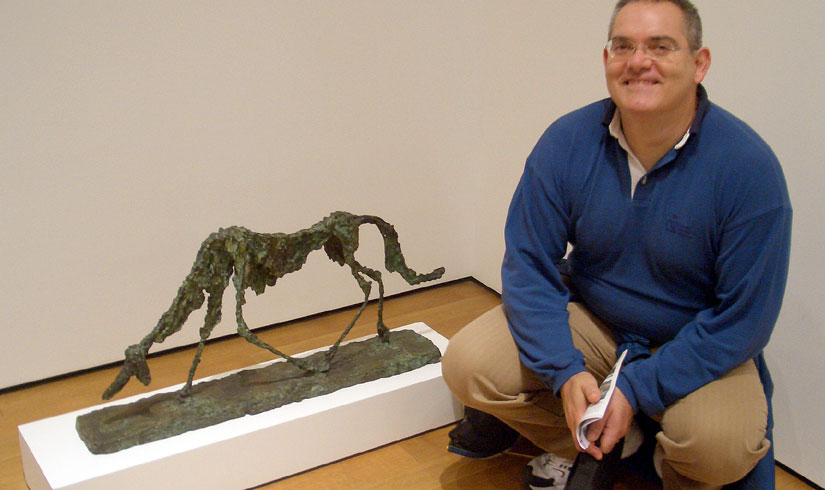 Also at the MOMA in New York, with my friend Michael Sliwinski, we enjoyed this sculpture by Giacometti, the walkers visible in the background. They do not leave you indifferent, filling the space in the room. His space drawing engulfs the matter and makes it vibrate while slowly surrounding it.

I invite  you to reach into the world of this artist, Alberto Giacometti, in his search for his dream and his new way of confronting sculpture, breaking away from everything conventional and endowing the following generations of artists with a new language. To be developed, without established ties or stereotypes.

Finally I leave you with an exact brief that recreates the author’s study, his fears and dreams, to see how his sculptures come alive is an authentic jewels. 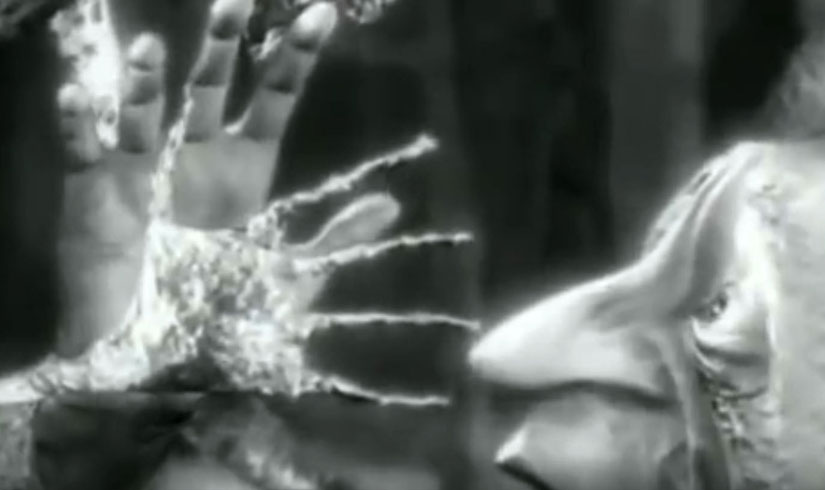