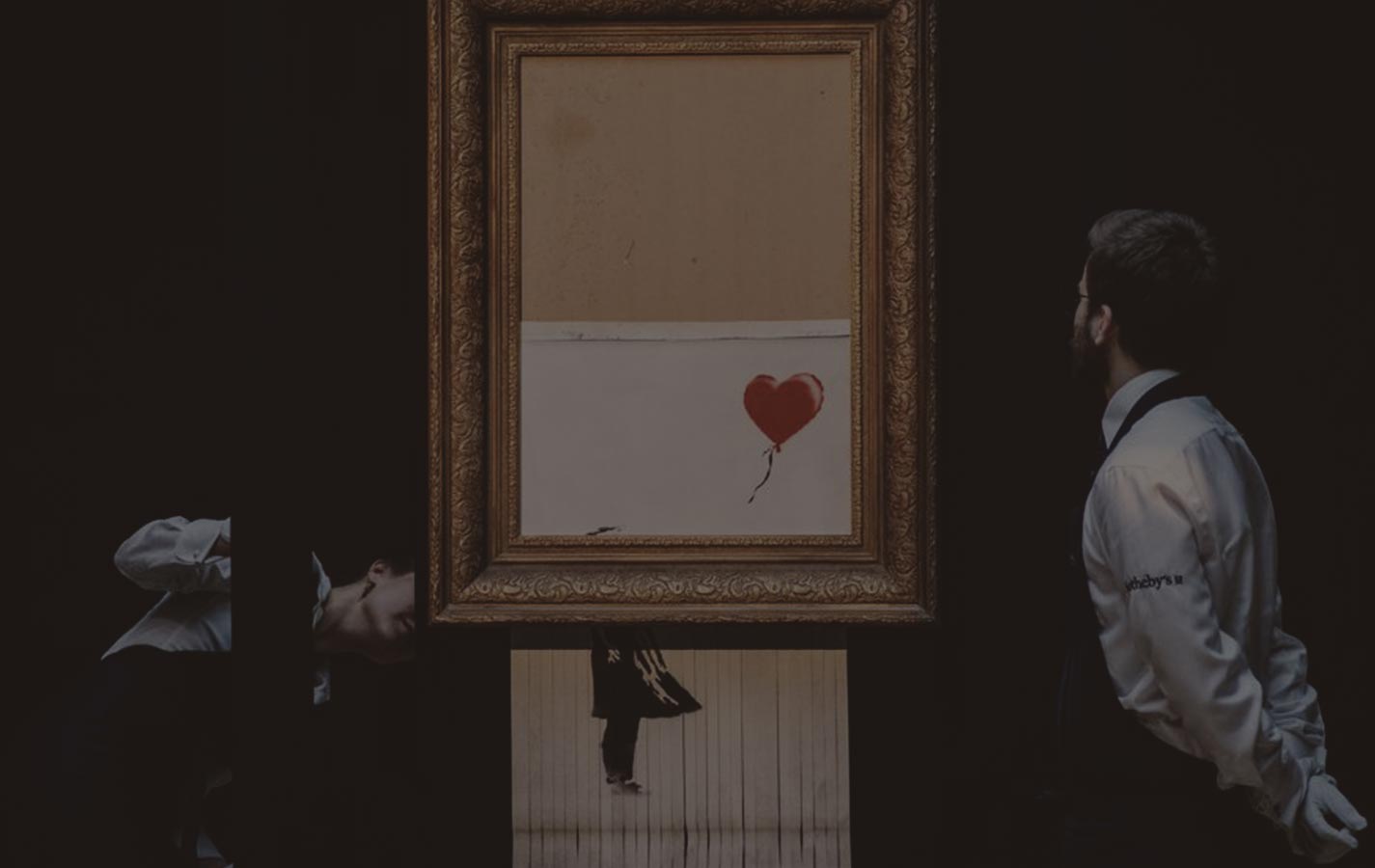 Girl with a balloon by Banksy turns into a new artwork

Girl with a balloon by Banksy turns into a new artwork

At an auction at Sotheby’s London, upon the hammer strucking its final blow, a grinder built into inside the frame of the painting by Banksy himself activated and practically destroyed the work.

The work is “Banksy Balloon Girl” or “Girl with a balloon“. The act of self-destruction being a starring performance orchestrated by the artist, upon which the author renamed the work to: “love is in the trash.”

It is estimated that the work was apprised and valued by the auction house at more than 1.0M £, over one million Euros.

It is not a coincidence that the transformation of this work, has taken place in London because the work was chosen in 2017 as the favorite of the British, according to a survey conducted by Samsung.

In this video, it is shown how the contemporary artist Banksy organized everything, and recognizes: “A few years ago I secretly built a crusher into a painting, in case it was ever put up for auction“. Showing the inside of the frame full of blades, and a complete powered by a battery system, distributed on the inside.

Upon the closing of the purchase, an alarm sounded inside the painting and the sheet began to fall. “Going, going, gone!” Were the words pronounced by the auctioneer when he bid the work that could, in this situation, be interpreted as: “it goes away, it goes away, it’s gone”.

The new owner is an European collector, who confirmed the purchase of the work, alluding that he “will have a piece of art history in his possession”.

– Video obtained from the official channel of the artist on Instagram.