Kintsugi, Japanese art of getting beauty through breaks

Kintsugi, Japanese art of getting beauty through breaks

The origin of this technique of repairing the breaks, requires us to get into Japanese culture of the late 15th century.

In this period of Japanese history, Ashikaga Yoshimasa, commander of the army (or shōgun in Japanese), sent two of his favorite tea bowls to China to be repaired. These bowls were returned with ugly metal staples.

Not content with the result, he looked for Japanese artisans to do a better repair, who at the time used resins to repair the ceramics, thus giving this Japanese art a beginning, known as kintsugi or kintsukuroi. 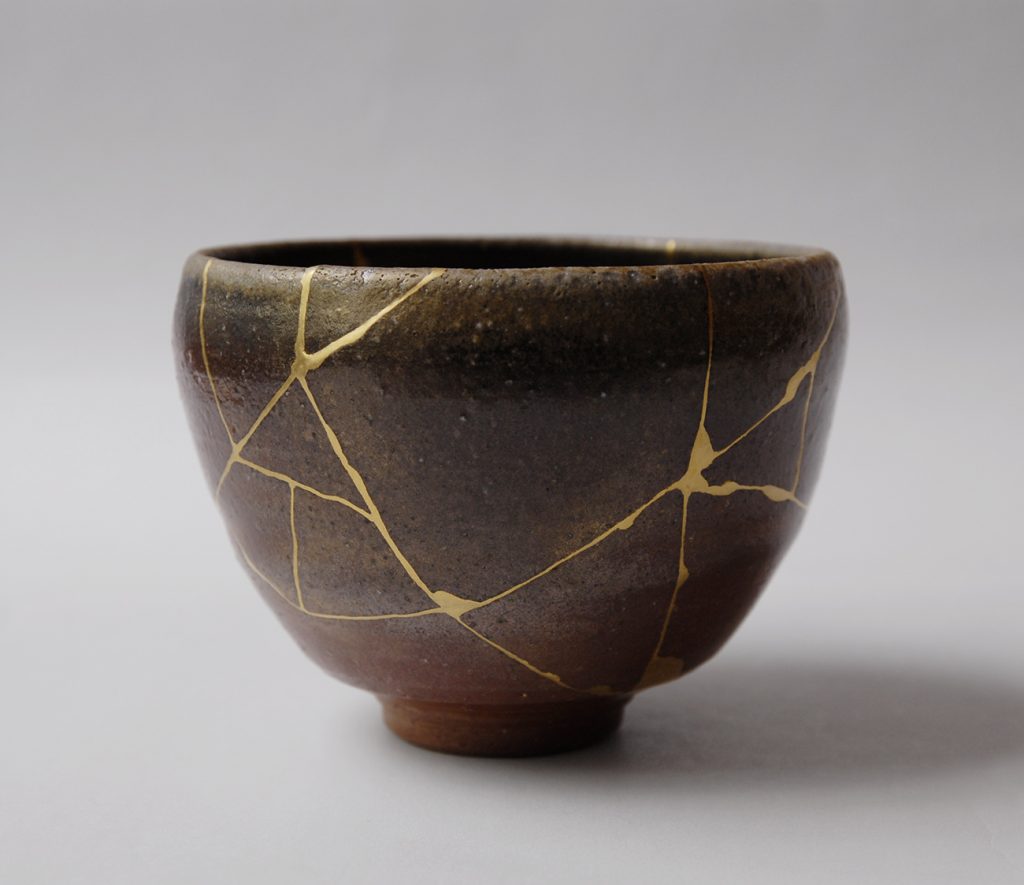 Since then, kintsugi art continued to evolve in the hands of Japanese artists, coming into contact with all kinds of artistic expressions of Western art.

A version of the technique in which they used gold, which gave this technique additional value and mysticism when it comes to repair fractures, was also developed. It was applied mainly to ceramic objects, with varnish or resin that was sprinkled with gold.

We have our own interpretation thereof:

“Kintsugi, is to give a new life to the object, assessing the break as part of the history of the item and highlighting the incident with gold, to accept it as part of its existence and adding to it even more value.” 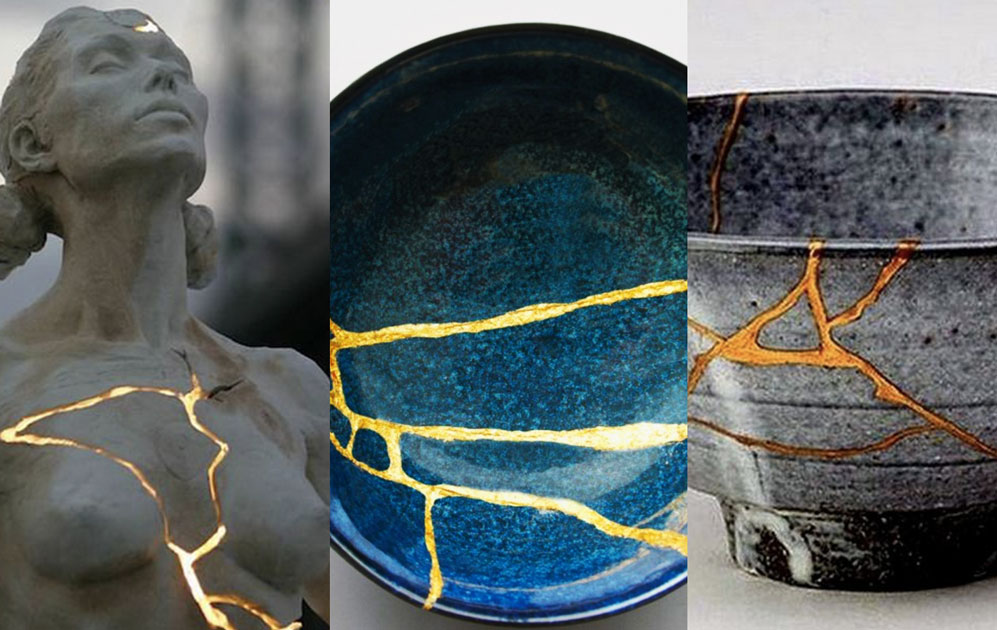 Starting as an idea of this Japanese practice, the artist Miguel Guía develops its essences, where the sculptor plays with the breaks, causing our mind to try to recompose the figure. This collection, belonging to his sculptural language “Magical Figuration“.

We can appreciate common features of this Japanese technique, being applied as part of his work, as we can see in: “The man of the future” or in his “Feminine essence“, among other works of the same collection. 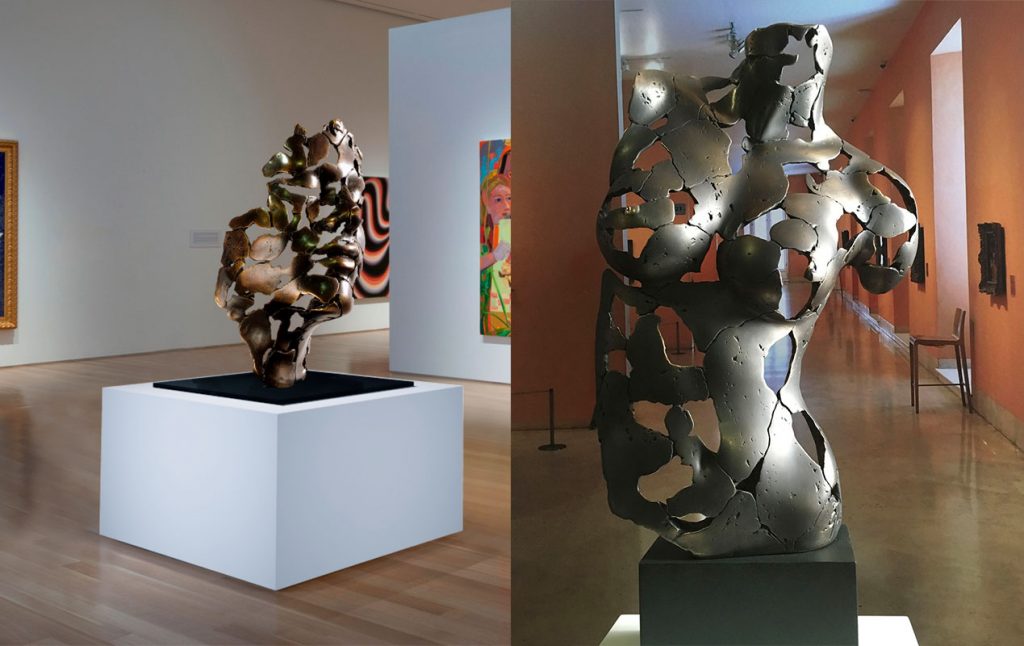 In this video, you can see the technique of repairing broken ceramic pieces, using resins sprinkled with gold for broken objects.

Buy sculptures from the collection Essences